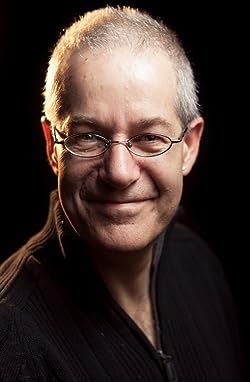 Massimo Pigliucci has pulled the plug on his 'webzine' Scientia Salon after little more than a year. Its predecessor, Rationally Speaking, ran for more than eight years, however, and so Pigliucci's unique mix of science and philosophy has maintained an online niche for almost a decade.

He is now focussing his attention on a book project and blog designed to popularize Stoicism as a practice and philosophy of life, as well as on a new blog he will write for The Philosophers' Magazine. I wish him well in the latter project but confess that I have strong reservations about attempting to revive a philosophical and religious tradition which grew and flourished in very different cultural environments from our own.

I want to keep this brief and will not elaborate here on the reasons for my reservations, but the gist of my thinking is as follows...

First, the cultural question. I see cultures as evolving, organic structures. The ideas and schools of thought and practice characteristic of any given culture can only really be understood in the context of the culture that gave rise to them: one part cannot be understood apart from, or entirely divorced from, another. And getting to the point of really understanding a past or alien culture is usually a long and difficult process which leads (in my experience at least) to it seeming progressively stranger and stranger before we finally start to feel familiar or at home with it.

Furthermore, I fail to see how we can justify seeing thinkers from past eras as having some kind of head start on us when it comes to what is sometimes called wisdom. They knew so much less than we do about how the natural world works. And – crucially – if they had known what we know they wouldn't have written or thought what they did.

On Stoicism specifically, it just doesn't work, in my opinion, without a belief (common to Stoicism, Christianity and various forms of Idealism) that some kind of overall direction or purpose, essentially benign, is built into the workings of the natural world. Joyful acceptance of one's fate is only possible, as I see it, if one believes in a providential force of some kind.

Lastly, I personally am very wary of philosophers or ethicists of various kinds – or anyone really – trying to fill the vacuum left by the decline of institutional religion by 'playing the priest', as it were. Nietzsche was dead right about this (as he was about so much else).*

The great value of Scientia Salon (and Rationally Speaking before it) was that it attracted a wide range of intelligent and educated readers, humanists (in the traditional sense) and scientists alike.

A number of people have made the point that one of the great strengths of both sites was that they brought together people with very different backgrounds (in various sciences, pure and applied, as well as logic, philosophy and the broader humanities) in a way that does not often occur.

And Pigliucci set the tone, often writing on areas which were of interest to him but clearly beyond the confines of his scientific or philosophical expertise. He was driven by good, old-fashioned intellectual curiosity – not a virtue which is encouraged by current educational or vocational structures, but a crucially important one nonetheless.

It's been clear for some time, however, that Massimo was disengaging from some of his prior concerns and preoccupations and engaging more actively with others. It's no wonder he wanted to reorganize his online offerings.

His interests are changing; nothing wrong with that. It's just that I see the Stoicism project – for reasons I have touched on here, and raised in past discussions at Scientia Salon – as fundamentally flawed (seen as a purely secular project, at any rate).

* He savagely criticized Ernest Renan (who believed in a providential force, by the way) on this very issue.
Posted by Mark English at 12:50 AM No comments: