The personal and the political 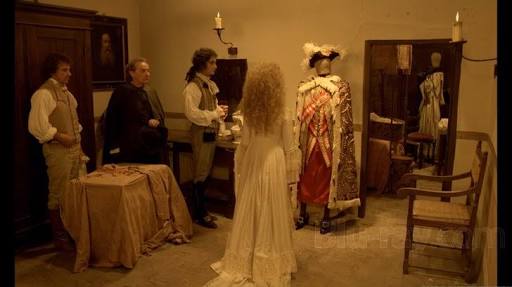 Just over a week ago The Electric Agora published a piece of mine (entitled Passionate Thinking) on social and political convictions. In the course of the article, I sketched out how my personal perspectives have changed over the years, especially in terms of my view of America's role in the world. I could no longer, I explained, accept the standard, more-or-less conservative myth of the US and its close allies being basically a force for good.

I also referred to the ideas of Isaiah Berlin, linking to an essay about Berlin's politics by Christopher Hitchens.

The reaction was interesting. Virtually no one seemed interested in looking at the broader political and geopolitical questions which were my focus. The bulk of the comments related instead to an almost parenthetical comment about – feminism!

Of all the '—isms' one might conceivably want to question or dismiss (in the context, at any rate, of certain intellectual circles) this one is the most awkward to deal with. Militarism and pacifism, socialism and capitalism and anarchism, pragmatism and Platonism, modernism and postmodernism: all are fair game. Even perhaps Darwinism. But feminism, it seems, is in a special category. Certain strands of feminism may be criticized or dismissed – but not feminism per se.

A commenter suggested that I was driven by resentment in suggesting that much feminism was mean-spirited and driven by resentment. I don't think I was (or am), as it happens. And the brief remark on which he was basing his suggestion or its context certainly did not reveal any as far as I can see. [See the extract quoted below.]

Given the relatively provocative nature of some of my claims, I was expecting some criticism, and was pleased in fact that various commenters showed a degree support for my views.

The latter part of the comment thread developed into an intense discussion of Joan Didion's take on the women's movement of the early 1970s – she talked of resentment also, by the way – and the surprising relevance of some of her ideas to recent social and cultural phenomena. The thread is well worth a read.


Here is the section from the essay in which I try to sum up my general outlook:

I don’t know that I can satisfactorily describe the social vision or ideal that drives me. It’s a personal thing and I would probably need to draw on certain literary or cinematic sources to make it plain, books and films* which others may not have read or seen. Unfortunately (from my perspective), it just happens to be an ideal which is not celebrated in contemporary Western culture.

I value self-control, a balance between asceticism and sensuality, a non-religious (or anti-religious) stance, good manners, self-reliance, intellectual curiosity, passion – and compassion (and practical help) for those who cannot cope.

I am generally repelled by contemporary progressive thought, by feminism (which all too often is mean-spirited and driven by resentment), and by the current obsession with ‘rights’. The dominant strand of organized secular humanism strikes me as a pale religion-substitute; a watered-down and sentimentalized version of Kantianism or Christianity; a front for progressive politics; a pretext for tedious and superficial moralizing.

These attitudes of mine are largely, no doubt, a function of biological predispositions and a particular upbringing. But the same applies to everyone. The trick is to take one’s deep feelings and intuitions seriously, but not too seriously; to maintain a critical distance. (My dislike of feminism, for example, does not entail a reactionary position or a belief that girls should be discriminated against in terms of education or anything else).

* Someone asked about films in a comment. My response:


I wouldn’t really know where to start (or stop) listing [the films] that were important for me. Old films, focussed on the small-scale and the personal mainly.

Three at random: Victoria in Dover (1954, German-language); A Kid for Two Farthings (1955, Jewish-themed, written by Wolf Mankowitz, dir. by Carol Reed); La nuit de Varennes (1982, includes some marvellous bits, including a scene involving the king's ceremonial cape: it is the symbolism that counts, not the man).

[...] [M]y strongest values are more personal than political – but the personal projects to the political of course.