On social ideals and values 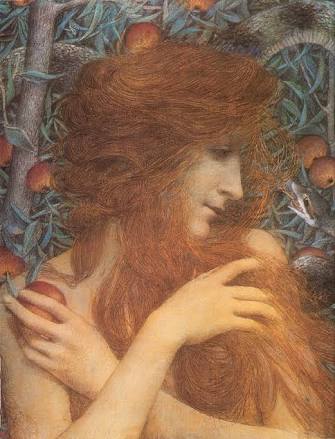 Can you talk about human values, social ideals, etc. in a clear and objective way? Indeed you can – but only if you recognize that value-based claims and commitments cannot be objectively grounded as other sorts of claim can be. Much unnecessary conflict and confusion will be avoided if this fact is recognized and acknowledged.

In a piece recently published at The Electric Agora, I set out my views on this matter, sketching out, as concisely and dispassionately as possible, the implications of a particular (and I think perspicuous) view of logic, language and human knowledge. There was nothing particularly unusual or original in what I was saying, but it is a view which is strenuously rejected in many circles.

As I see it, value claims (which are based in biology and social and cultural interaction) are quite unlike ordinary factual or scientific claims. They are (I argue) simply not the sorts of things that can be objectively assessed as being true or false, correct or incorrect. And this idea has profound social and political implications. Embracing it entails a rejection of dogmatism, fanaticism and all forms of 'political correctness'.

In the essay I deal first with the nature of ordinary factual and scientific claims and then with aesthetic and moral claims respectively. Here is the final section – on morality.

Morality is a more difficult topic, partly because it is an intrinsically vague concept. Moral judgments can overlap with aesthetic judgments (courtesy and politeness, for example, have both a moral and an aesthetic dimension) and also, I would claim, with prudential judgments. (My views here are more in line with Classical than Christian thought.)

Prudential claims could be seen to have a greater claim to being objectively true (or false) than purely value-based claims as they relate to observable effects. Consider proverbs, for example, which tend to have a pragmatic and prudential (rather than a strictly moral) focus. “Oh, what a tangled web we weave, when first we practise to deceive.” “Early to bed and early to rise makes a man healthy, wealthy and wise.” Pretty vague and sweeping, but you could conceivably finesse these sorts of claims into testable hypotheses. The same goes for other proverbs many of which (helpfully? – well, perhaps not…) even incorporate numerical values. “An apple a day keeps the doctor away.” “A stitch in time saves nine.” “A bird in the hand is worth two in the bush.”

By contrast to factual or prudential claims, we have, almost by definition, no way of testing value-based claims. Which human qualities are most to be valued (and encouraged), for instance? Individuals will differ in their views. Do we favor an ethic based on martial values of courage, strength and self-sufficiency; on justice and righteousness; or one based more on compassion and equality (i.e. a commitment to ‘social justice’)?

Or do we want to refuse to play that game altogether and adopt a ‘non-ethical’ (or amoral) ethic or perspective? (Machiavelli, Max Stirner…).

Politics and religion obviously come into the picture also, but it must be borne in mind that many religious and political claims are not mere value claims. Most traditional religious doctrines, for example, involve (sometimes testable) claims about how the world is. Likewise political ideologies (e.g. the social and economic predictions of various versions of Marxism or classical liberalism). So basic value elements often need to be isolated or disentangled from other elements.

But even if in many instances isolating the value-based elements is a difficult task, my central point stands, I think. We cannot demonstrate that someone making basic value claims which diverge from normally accepted standards is wrong or mistaken. The best we can do is to show them (if they are not already aware of the fact) that they are in a very small minority on the issue.

Of course, in the event of these anomalous views being associated with antisocial actions or behaviors, it is important that social mechanisms be activated to prevent (further) social harm. Nothing I’ve said here should be seen to deny or undermine this. Robust informal regulatory mechanisms exist in every functioning society. And, with respect to more formal mechanisms, it’s quite clear that efficient and equitable systems of law and law enforcement need not be in any way dependent on a commitment to notions of moral realism, natural law or natural rights.