The case of the missing cuff-link

In their manifesto, the people behind the libertarian website Zero Hedge argue that anonymous speech plays an essential role in maintaining our freedoms. I wouldn't disagree with this, but I am a bit ambivalent about some aspects of online anonymity and the widespread use of pseudonyms. They have a place, but anonymity and pseudonymity are arguably being overused today and are all too often providing cover for wild and/or irresponsible and/or careless and/or crass content and commentary.

Strangely enough, however, the craziest articles at Zero Hedge are not from 'Tyler Durden' so much as from reprinted content from certain named, usually well-known – and often slightly unhinged – conspiracy theorists.

The site itself is fun. And useful, so long as you take most of what is said with a grain of salt.

And don't bother reading the comments. Unmonitored (as befits a libertarian site), but generally tedious and vulgar.

Here however is a little gem from a recent thread. It's witty, and could be seen – in an oblique and enigmatic sort of way – to be relevant to some of the wacky thinking (especially the technical analysis) that you often see on the site. Just two sentences from Vladimir Nabokov's Laughter in the Dark...

"A certain man once lost a diamond cuff-link in the wide blue sea, and twenty years later, on the exact day, a Friday apparently, he was eating a large fish – but there was no diamond inside. That’s what I like about coincidence.” 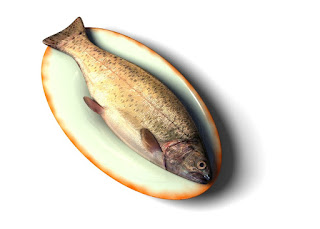