[This is a shortened version of my latest Electric Agora essay.] 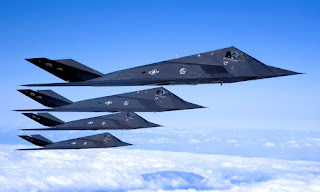 I have previously drawn attention to the neoconservative elements of Hillary Clinton’s foreign policy orientation and spoken of the dangers (as I see them) of a resurgence of such policies. At the time I wrote my previous piece on this topic (before the first TV debate), the polls were narrowing and the trend favored Trump. Subsequently, things have not gone well for the Republican campaign.

Assuming Clinton does win, I sincerely hope that she changes tack on foreign policy because – given the epochal changes currently underway in the geopolitical and economic spheres – I just don’t see how neoconservative-style policies, based on an essentially imperial vision of America’s role in the world and coupled with a deeply adversarial approach to Russia and China, could possibly play out in a benign way.

There are different views on this, of course, and I am not entirely sure of my position. On NATO, for example, I tend to the view that it should have been gradually scaled back or unwound after the demise of the USSR and that its expansion eastwards (in spite of assurances given to Gorbachev that this would not happen) and current activities have made the likelihood of large-scale war more rather than less likely. Charles Moore, a British neo-conservative who has a very dark view of Putin’s ultimate intentions, has made a case recently for NATO’s continuing importance in constraining Russia. There is no simple answer here. Perceived weakness and confusion on the part of Western powers will no doubt be exploited by hostile forces. But it is also true that alliances which operate as vehicles for hegemonic powers can be very problematic.

The word ‘realism’ can mean many different things, depending on context. Often it is used rhetorically and lacks substantive meaning. In international affairs, however, it has a generally accepted meaning. It comes in different flavors, but its key defining elements are clear enough. Realism in international relations is associated with strong skepticism about all forms of ideological thinking; an acute awareness of the dangers of the unforeseen consequences of military interventions; and generally modest expectations about what can be achieved on the international front.

As I understand it, there are competing factions within the Obama administration, some (like Obama himself, perhaps) not so committed to neocon-style policies and some more committed to hawkish intervention. I think the election of Hillary Clinton will give comfort to the latter group, and there will be a policy shift in that direction.

Someone asked in the course of the discussion of my earlier piece whether I really thought that the Chiefs of Staff would accept a presidential order to do something likely to trigger war with Russia or China.

It would depend on the circumstances. But it seems obvious enough that to the extent that the US follows neocon-like policies, the prerequisites for a big war (as distinct from more limited, regional conflicts) are more likely to be in place. The worst situations arise when countries fall readily into blocs and particularly if the blocs are very large and very few. We know this from the Cold War. At times we were very close to the brink of a global catastrophe. It would be so, so stupid and reckless to return to such a state of affairs. But many of the neocons seem to want just that.

I happen to think our future is bleak, whatever happens with this election and whatever policies the new administration adopts. But a major nuclear war is by no means inevitable and in my opinion is less likely in a multipolar world in which political leaders see their role more in local and regional than in global and ideological terms.

The Cold War was about power blocs, but it was also about ideology. The old Marxist-Leninist, Maoist and related ideologies have faded from the scene. I say it’s time for all of these overarching narratives to be dropped, including the idea that America has some kind of imperial destiny (or responsibility) to fulfil.

For years I bought into this narrative to some extent. But for a state to fulfil this kind of imperial role effectively, its strength and dominance and underlying economic health must be unquestioned. The state in question must also be widely trusted and respected. Arguably these conditions applied to the United States in the not-too-distant past. But today?

In America – and even to some extent in Britain – both neoconservatism and liberal interventionism are associated with the idea of American exceptionalism: that the United States has a special status amongst the nations, moral as well as military, and that from this status flow certain unique rights and responsibilities relating to global order and governance. In the past this myth has facilitated some very unfortunate actions – and maybe some good ones as well. But in current circumstances it can only be extremely dangerous.
Posted by Mark English at 5:56 AM