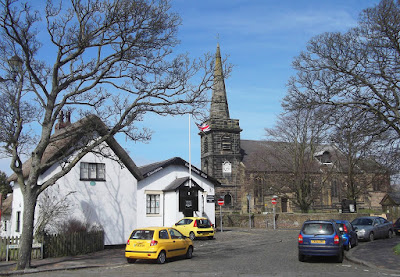 A correspondent from Florida writes: "... [M]y ancestry includes English people named Abram (and originally Abraham) from the North Meols area. When I took my DNA test there were no Eastern European genes, but there was Iberian."

The area in question (North Meols, Lancashire) is, on the face of it, not a very likely place to find Jewish families, being rural and having Norse connections. But the name Abram/Abraham is usually Jewish and the Iberian DNA supports this.

One of the main points I have made in previous posts is that I believe that the extent of Jewish immigration into Britain, especially from Spain and Portugal, has been seriously underestimated.

There is arguably little surviving documentary evidence of these migrations, but genetic research is providing new data which will enable us to build a much more accurate historical narrative, one which may well change the way many of us perceive our cultural and ethnic identities.
Posted by Mark English at 12:31 AM