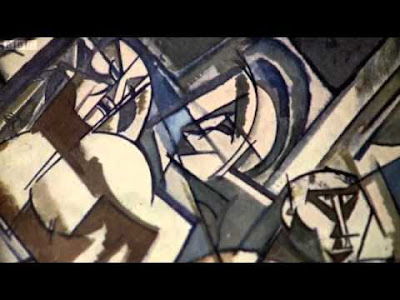 Daniel Kaufman recently made some cogent points about the paradoxes and contradictions at the heart of today's gender identity politics. I won't try to sum up his view or even articulate my own in a rigorous way. In fact, my views are not settled, and I am just noting down here a few preliminary, disconnected thoughts which Dan's essay has prompted.

The way that identity politics has developed is unfortunate in a number of respects, and the contradictions and apparent absurdities play into the perception on the part of many that something has gone badly wrong here. These ideas have adversely affected the standing of institutions where they have taken root: universities, sections of the media, government bureaucracies, etc.. More broadly, they could be seen (as Dan notes) as more evidence of the breakdown of the liberal consensus (I am using the word "liberal" in its old-fashioned sense here) upon which secular, Western forms of democracy have historically depended.

My first response to most gender identity talk is to dismiss it as self-indulgent and silly. And I think a powerful case can be made that most of it is.

Dan is right that there are conflicts and contradictions within and between various kinds of contemporary progressivism and feminism. He sees this as a problem for progressives (like himself) because, clearly, it undermines their credibility and so weakens their cause.

But I am tempted to the view that the current absurdities are not so much aberrations as a natural development of what were, from the beginning, basically flawed ideas. I am thinking particularly of the notion (dominant in the 1960s and 70s) that the brain is like a blank slate upon which social and cultural experience writes.* This idea is simply wrong as many capacities and behavioural tendencies are innate. This is not to say that all boys like to play with trucks and all girls with dolls; there is huge individual variation. But general tendencies are to a significant extent built in. Sure, they develop and are often reinforced in a social context. And attempts can be and often are made to counter them.

Some such attempts I would endorse, in fact. My point is not about the desirability of particular behaviours but rather about the roots of such behaviours.

Just look what happens when you let baby chimpanzees loose in a playroom: the males go for the trucks and hammers, the females for the dolls. Or rats in a maze: the males have a better sense of the wider environment, the females of the proximate environment. The evidence for innate differences is overwhelming, and it is clearly only an ideological commitment to certain social ideals which – as far as I can see – can explain the persistence of (variations of) the blank slate view. Obviously, to the extent that certain tendencies are deemed to be innate, there are limitations on what social engineering can achieve, so there will be a natural resistance to these ideas on the part of those hoping for or seeking to implement radical social change.

Dan quoted from a recording which his parents gave him as a child and which was designed to express in simple terms some of the doctrines of the secular liberalism and progressivism of the time (early 1970s). He links to the title song of the collection which, he says, still elicits a positive emotional reaction. I think I understand this. But I interpret it in slightly different terms.

As I see it, such childhood influences – and all of us have them in one form or another – run very deep and continue to affect our values and how we think. Crucially, they operate largely beneath the radar of consciousness and so tend to make certain views seem self-evident and others anathema. (Parental views are not reliably passed on, of course: there are many other inputs and factors – including rivalry with siblings, and alliances and rivalries with friends and contemporaries – to take into account.)

This may be a simplistic view – it is certainly speculative – but I can't help seeing left-wing or secular progressive politics as playing a similar role to that traditionally played by religion, as being a kind of religion-substitute. Some of my radical cousins, for example, identify themselves largely in terms of their political position, and it seems to operate in a similar way to my early experiences of religious identity, both within the bounds of the nuclear family and beyond. Even naming practices are involved. My cousin Lizzie has a daughter whom she called Rosa (after Rosa Luxemburg).

I suggested above that the conflicts and contradictions which Dan Kaufman highlights in contemporary identity politics may derive in part from internal contradictions in basic liberal progressive doctrines. But, applying this politics-as-religion idea, one could also see the current disputes as paralleling the universal tendency of religious denominations to fragment into warring factions.


* I'm not sure what Dan's views are on this idea, but there are oblique references to it in his essay, and a direct (and approving) reference in a linked and recommended article.