The wisdom of Roman Polanski 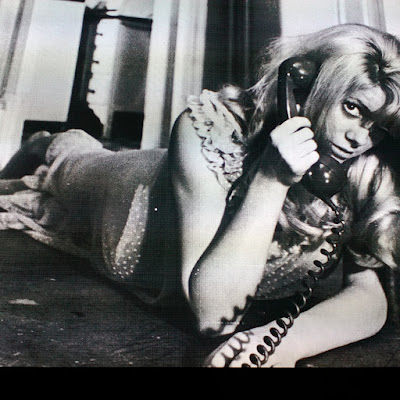 The girl on the phone (it's Catherine Deneuve in the film Repulsion if you're wondering) featured in an illuminated hoarding promoting a program of old Roman Polanski films at a local cinema. The image is certainly striking. The old technology (big, old-fashioned receiver with coiled cord) gives this still a weirdness it would not originally have had, but does not make it quaint. There is a wildness in the pose and a confronting directness in the stare.

The accompanying quote (from Polanski) runs: "Cinema should make you forget you are sitting in a theatre."

Well, yes... Polanski made some great films but this famous remark of his is not a particularly penetrating one. It goes without saying, I would have thought.

I had a look at a list of Polanski quotes and he certainly wasn't averse, it seems, to stating the obvious – e.g. "Films are films, life is life." But then all of us say things like this. The problem for celebrities is that offhand remarks get written down and presented as some kind of wisdom.

The best comments in the collection I looked at were about the crucial importance of attention to detail, and about honesty in dealing with violence.

He also had some interesting things to say about neuroticism. He values certain forms of neuroticism in actors, and seems himself to exhibit neurotic tendencies.

Here he is sounding a bit like Woody Allen:

"Whenever I get happy, I always have a terrible feeling."