Jules Monnerot and the concept of "secular religion" 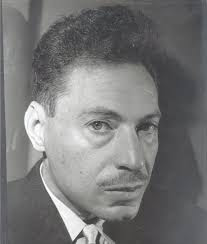 Jules Monnerot [1909–1995] was born and spent his early years in Martinique where his father (also Jules) was a lawyer and left-wing activist. Jules Monnerot, fils went from being a Marxist in his youth to being a cold warrior after World War 2, subsequently moving further to the right.

Some see him as having been a fascist in his later years. Dan Stone, for example, tracing Monnerot’s intellectual trajectory, highlights the preoccupations of the Collège de Sociologie which Monnerot co-founded in 1937 and suggests that the notion of “secular religion” which formed the basis of Monnerot’s mid-century critique of the extreme left played into his gradually-evolving – and allegedly fascist – stance.

The Collège de Sociologie did promote some ideas – a sort of anti-rationalistic primitivism, for example – which could be seen to exhibit similarities to or (at least) compatibilities with certain fascist ideas. But it was a loose alliance of intellectuals concerned with directions in the arts and the broader culture and in social research, not a political organization.

Though there are many ways of using and understanding the concept of “secular religion”, one common (and I think quite acceptable) way involves highlighting psycho-social parallels between the behaviors and attitudes of members of religious groups – as we typically see and understand them today or as we know them from historical sources – and those of people who are bound together by political ideology or other other kinds of secular allegiance. Such parallels might include the following: in-group/out-group dynamics; a set of core values and beliefs which is seen as being in some sense “sacred”, or at least not to be questioned, and which forms the basis of decisions concerning inclusion and exclusion; a tendency to sanctify or make heroes of founding figures and prominent practitioners of the past and to demonize opponents and apostates; moral certainty, and a sense that a vindication of core values and a fulfilment of goals and expectations will be forthcoming; an important role for ritual; and so on.

Such comparisons may be merely observational and descriptive but, more often than not, comparisons between religious and political structures are critiques and have a polemical aspect. For example, authors aligned with a specific church or denomination may present political ideologies as ersatz religions, as weak or dangerous religion-substitutes. Thinkers ill-disposed to religion may take a similar line. In both cases, drawing parallels with religion is specifically designed to undermine the credibility of the ideology in question.

My focus here is on Monnerot the cold warrior of the late 1940s and early 1950s and specifically on a defense that Monnerot made of his position which was prompted by an attack on his ideas by Hannah Arendt.

Monnerot’s works are written in an erudite but journalistic style. They do not purport to be empirical or scholarly studies. Certainly, they do not aspire (as Max Weber’s works generally do) to sociological neutrality. When, in Sociologie du communisme (1949), Monnerot compares contemporary communism with historical Islam, he is consciously engaged in a polemic. He is seeking to draw attention to the dangers implicit in Marxist ideology which he interprets as a political mythology. He calls his approach “aetiological” and “clinical”, and sees himself as exploring the politico-mythological causes of social and cultural maladies.

Specifically, it was Monnerot’s utilization of the concept of secular religion which prompted Arendt’s ire. Both Monnerot and Arendt took religion very seriously but their perspectives on religion were far apart. Arendt was operating within a broadly Kantian context and her views were heavily influenced by Christian thinkers of the past and by the liberal theology of her time. Monnerot (like other members of the Collège de Sociologie) was not associated with these traditions of thought, but nor was he advocating an entirely secular or science-centred point of view. The sacred meant something for him, something real, something which had a continuing relevance. It could manifest itself in various ways and contexts: in ordinary life, in the arts, in politics.

Monnerot was especially interested in political manifestations of the sacred. He recognized, however, that the ideologies of the time were seriously flawed. Hitlerism, obviously. As for communism, it was an unstable hybrid of rationalistic and philosophico-religious elements.

Monnerot was particularly concerned with communism’s intrinsically totalitarian and universalistic nature. It sought to dominate all aspects of life and to subvert all local loyalties. As such, it operated much like historical manifestations of Islam. The ultimate goal was to dominate the entire world, to create a universal state.

“As universal state,” argues Monnerot, “it would seek to abolish all the differentiations which keep the world divided into distinct and individual units (the most recent unit of this kind being the nation). In its role as secular religion, communism encourages and harnesses discontent, it reinforces and exploits every impulse which sets individuals against their native society and works relentlessly to undermine the vital psychological and social forces which prevent societies from plunging into dissolution and ruin.”

Though Arendt moved in left-wing circles (her family were socialists, her mother was a follower of Rosa Luxembourg, her first husband had communist links and her second husband was a Marxist), she did not see herself as left-wing. Most of her political thought and activism was preoccupied in one way or another with Jewish themes and specifically with combating anti-Semitism.

Given that she was not a communist or a committed Marxist, her strong negative reaction to Monnerot’s attempt to compare communism with Islam seems to call for an explanation. She insists that politics and religion are incompatible concepts. Especially puzzling is her use of the concept of blasphemy. She accuses Monnerot of blasphemy (against whom or what exactly?).

From what I have read, even scholars who are very sympathetic to Arendt concede that she is not at her best in this encounter with Jules Monnerot. And Monnerot, however his later views are understood or interpreted, makes some strong and valid points in the letter he sent to the editor (Henry Kissinger, no less) of the journal which had published Arendt’s critique of his work. While not endorsing Monnerot’s broader point of view, I think his criticisms of Arendt for rejecting out of hand any possibility of overlap between the political and the religious are entirely justified. I also share Monnerot’s puzzlement concerning Arendt’s blasphemy accusation.

Here are a few excerpts from Monnerot’s letter:

Ms. Arendt cites Kierkegaard, Pascal, Dostoievski […] but she also draws on Marx and particularly on his shifting and somewhat imprecise notion of ideology. In Marx’s writings, the notions of superstructure and ideology are sometimes interchangeable. Sometimes “ideology” is one of the superstructures (others being law, the arts, religion); sometimes “ideology” and “superstructure” are synonymous such that art and law, for example, are seen as “ideological” phenomena. The same can be said of religion within a Marxian framework. […] We do not find in Marx an absolute opposition of ideology and religion. It is Ms. Arendt who decrees that there must be such an opposition, but without any justification.

[…] Setting aside details of the evolutionary schemas utilized by the pioneers of the religious sociology of primitive peoples, their way of seeing the whole of humanity as being interconnected and their insistence on a kind of continuity between very lofty and very humble things had a positive impact on Western thinking. From this perspective, a higher or universal religion – which exceeds by definition the limits of a race, or of any “closed society” – is the most complex […] form. A glance at history teaches us that such complex forms arise quite late, that they presuppose, and derive from, previous contingent forms. […] Nor are such complex and differentiated forms immune to regressions. […] The expression “secular religion” (the adjective modifying the noun’s meaning) can, within this framework, be usefully employed in connection with communism, just as it can with respect to Hitlerism. This may be theologically absurd, but it is not sociologically absurd.

[…] The “bourgeois” communist is an agent of self-destruction of the real in the name of the unreal. Communist beliefs about the function of the Red Army or that of the State Security Ministry are not realistic representations. What such Marxists put above mankind they do not call God but, if one analyzes their thought, one arrives at the conclusion that what is being actualized is a conception of the human species as an alienating and mystifying abstraction (as the Marxists would say if they applied their criticism to themselves).

Functionally speaking, the human species – conceived in relation to a recognizably providential view of history, courtesy of Hegel – plays the role of a kind of divinity within Marxist thought.

In both the Russian and Chinese communist systems […] man suffers from separation from himself. The movement of history will cure it, but only in terms of the species. The individual person in this system, the individual who is this one or that one, you or me, is (as I have previously written) “the manure of history.” […]

The communist has an answer to everything. This phenomenon characterizes unitary orthodoxies. Such a system of ideas rejects what cannot be assimilated and assimilates the rest. And the elements it assimilates it renders homogenous, changing them beyond recognition.

[This is an abridged and slightly revised version of an essay which appeared last month at The Electric Agora].