I would like to highlight a point I made in a comment attached to my previous post - namely that if an individual's political (or for that matter religious or philosophical) views are affected by basic character and personality traits, and if such traits are in part determined by genetic factors and/or by very early experiences, then an individual's views will be less a product of mature reason and analysis than is generally assumed. Consequently, we should be more skeptical of our own convictions.
Recent work in developmental psychology has showed convincingly that - and to some extent how - the sense of self arises from social interaction, but basic personality traits seem to have a strong genetic foundation. This is brought out by the controversy about the influence of birth order. Some (very cursory) reading has led me to the provisional conclusion that the 'first-borns tend to be more conservative' idea is indeed true, but only within (not between) families. Within families first-borns score higher on conservatism, conscientiousness and achievement orientation, later-borns on rebelliousness, openness and agreeableness. The results only work within families because genetic effects are stronger than birth-order effects. The birth-order effect is real but weak.

It is of course intuitively plausible that first-borns might favor the status quo insofar as they often bask in the undivided attention of their parents until the dreaded sibling comes along to drive them out of this childhood paradise. 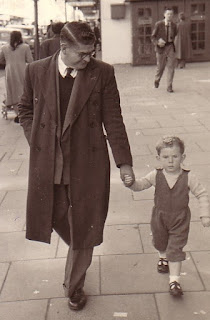