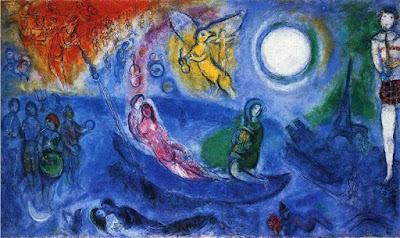 [This page remains active with the names list being periodically updated and comments welcome.]

As I have mentioned previously, some of the names of my (English) forebears would seem to indicate Jewish origins, and I would like to make a few general comments on the topic of Jewish immigration and surnames in the English-speaking world.

It's difficult to find good information on the history of Jewish assimilation in England. Jewish leaders naturally see the preservation of their religious and cultural heritage as paramount and often speak disparagingly of those who, over the centuries, intermarried with Christians and adopted Christianity or drifted away from religion altogether. And many who write on Jewish history take a similar line: Jewish culture and tradition are what they are interested in.

The stigma associated with assimilation is understandable, as it was only a strong sense of community that kept Jewish beliefs and customs alive in a world which lacked a Jewish homeland. But, as a consequence of the focus on synagogues and communities which maintained their religious heritage, I suspect that the standard histories of Jews in England underestimate the real number of immigrants with Jewish origins, in particular those descended from Jews from the Iberian peninsula. There were particularly significant migrations during the 16th and 17th centuries.

Many people are interested not so much in Jewish religion and culture as in their own family histories, or, for that matter, in the ethnic history of their country. They see assimilated Jews not in terms of their ancestral religion or culture but rather as individuals who contributed to the broader culture of the country in which they chose to live.

New methods of genetic analysis* are revolutionizing the way we trace our ancestors. For the present, however, most of us rely on traditional records and, where records do not exist, on names and the clues that names can give of ethnic or geographic origins.

Unfortunately, Jewish naming practices make it very difficult for researchers. In many parts of Europe, Jews maintained their traditional practice of assigning patronymics and were slow to adopt the practice of giving permanent family names. For this and other reasons (such as the lack of a homeland, persecution and discrimination), Jews have been more inclined to adopt new or modified surnames than most other peoples.

Of course, in English-speaking countries, certain surnames - often German or Hebraic – are well-known as indicating Jewish origins. [A fairly good list is here. And here is a good explanatory article on the origins of Ashkenazic last names.] But Jewish immigrants often modified foreign-sounding names or chose English surnames, and some names were favored over others.

I have compiled a list of surnames based on my own (limited) knowledge and research. I emphasize that these names do not necessarily indicate Jewish origins, and some are more strongly indicative than others. I have excluded almost all Biblical (Hebrew), Polish and most German and other obviously non-English names and intend to refine the list over time, deleting names with only tenuous claims to be here and adding others. Comments and suggestions, either via this site or to my email address**, are welcome.

* I suspect that DNA analysis is going to present an unwelcome and challenging picture for those who wish to maintain a simple concept of Jewish ethnicity. Of course, it is well known that the population groups which have formed the Jewish people over the centuries have been geographically divided and genetically diverse, so it will come as no surprise if there are no clear genetic markers for Jewish ethnicity. What DNA analysis will do, however, is to indicate how particular populations have maintained continuity or merged with neighbouring populations.

*** It is difficult to know whether to include here such common English names as 'Harris' which in the majority of cases is not Jewish, but which has been adopted by Jews. Preliminary Y-DNA results may be of interest. Y-DNA results for Harris (based on 465 samples) reflect standard Western European/Scandinavian patterns (haplogroups R1b1 and I1), though there are also instances of haplotypes characteristic of Eastern European, Mediterranean, Middle Eastern and African populations. But even names which are more identifiably Jewish (e.g. Silver) are often associated with the R1b1 haplogroup.

**** Note an interesting surname change in the late nineteenth century from Raby to Simmonds.
Posted by Mark English at 8:10 AM