Nobody is to blame 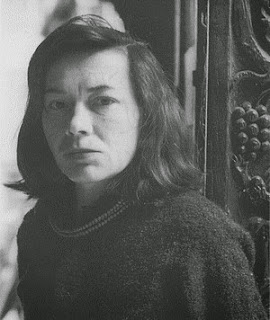 Some time ago I wrote a short piece, prompted by my reading of some novels by Patricia Highsmith, on the way new technologies have in recent years eroded our sense of place. Highsmith not only had a remarkable insight into human psychology – and psychopathy – but also a strong sense of the ambience of particular geographic locations.

Despite the advent of new and culturally disruptive technologies during the middle years of the 20th century, the sense of place had not yet been significantly eroded, and the communication technologies of that time – letters, telegrams, long-distance operator-assisted telephone calls, and newspapers (though not so much radio and TV) – feature prominently in Highsmith's stories. In fact, they often serve to underscore the sense of her (often solitary) characters being in a particular location.

Though it has been an important feature of human consciousness from the beginning, I would argue that this strong sense of being in a particular place is, due to the advent of new digital technologies, as well as other factors related to the increased ease and affordability of travel, simply no longer possible. The new technologies have undermined it – and something has been lost.

In a nutshell, communication and travel between distant places has become so easy that the uniqueness of place has been fatally undermined.

It might be objected that I am overreacting to current changes. But I don't think so. We have passed a threshold of sorts. I am talking about a confluence of factors. And something very profound and significant has occurred.

A related issue is the way digital devices are currently affecting how young brains develop. The effects are evident everywhere, but I won't bang on about it as, for example, Susan Greenfield has been inclined to do. It's a losing battle. Nothing can be done, and all the nasty neurological details will, no doubt, come gradually to light.

So I can't help thinking with some nostalgia of times past.

Of a very long, difficult but magical journey I made as a small child with my mother and two siblings on a series of turboprop aircraft. Of letters. Of newspapers as they used to be. Of the heady experience of being in a great city or a fabled or exotic place.

These things are no longer possible in the way they once were. But, as Tom Stoppard said not so long ago, speaking of similar matters: "Nobody is to blame. It is progress in operation."
Posted by Mark English at 1:04 AM