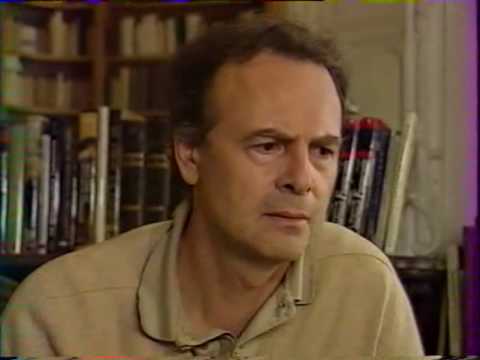 Patrick Modiano, who has been awarded the 2014 Nobel Prize for literature, is one of the very few living writers who means anything to me on a personal level. I read a few of his novels after coming across Voyage de noces by chance about fifteen years ago and being impressed by its style and atmosphere and sense of place (but I remember thinking that it would not translate well into English).

A Reuters report quoted a comment Modiano made in a television interview three years ago: "After each novel, I have the impression that I have cleared it all away. But I know I'll come back over and over again to tiny details, little things that are part of what I am... In the end, we are all determined by the place and the time in which we were born."

Funnily enough, I have recently been trying to make a list of topics that particularly interest me, and one of them is not unrelated to Modiano's recurring preoccupations.

One item on the list runs as follows: The contingent (and unrepeatable) features of any individual's upbringing – which includes as a central element a unique and ever-changing cultural matrix – raises awkward questions about values. We like to think of our core values as being, if not objective or universal, then at least as having some permanent or abiding relevance. But do they?

I was thinking here of both aesthetic and moral values, by the way. Though certain very basic moral – and even aesthetic – ideas could be seen to have universal applicability, particular patterns of moral and aesthetic commitment (involving priorities and preferences) seem far more contingent on time and place and culture.

(My previous post also touches on some of these themes.)
Posted by Mark English at 12:25 AM