The UK and the EU 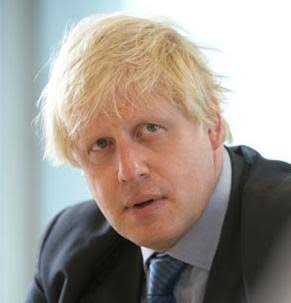 It may not seem all that significant that a popular moderate conservative figure in the the UK has come out in favour of Britain leaving the EU, but Boris Johnson is rather special, and I suspect his decision will tip the balance in the current referendum debate.

If Britain did leave, it would be very significant not just for the UK, but for Europe as a whole and to some extent for the wider world. For anyone with an interest in geopolitics, this is a big deal.

This is how Boris Johnson's article in the Telegraph in which he announced his decision to support the campaign for Britain to leave the European Union opens:

"I am a European. I lived many years in Brussels. I rather love the old place. And so I resent the way we continually confuse Europe – the home of the greatest and richest culture in the world, to which Britain is and will be an eternal contributor – with the political project of the European Union. It is, therefore, vital to stress that there is nothing necessarily anti-European or xenophobic in wanting to vote Leave on June 23."

Crucially, Johnson's stand will help convince wavering voters who are repelled by backward-looking, reactionary or xenophobic thinking that voting for Brexit does not not entail anti-European or unenlightened attitudes.

There is one aspect of Johnson's article I would quibble with however. Given that the pioneers of project which has resulted in the EU were intent on an eventual European federation and given the natural tendency of bureaucratic structures to take on a life of their own, couldn't the current situation, at least in general terms, have been reasonably predicted long ago – well before German reunification which (as Johnson notes) hastened moves towards integration, and well before the UK joined the Common Market in 1973?

In other words, could it not be seen as having been a mistake from the start to imagine (as many in Britain imagined or were persuaded to believe) that the progress of the new structures towards a unified federal state would be – while those structures remained in place – anything other than inexorable?

When in 1975 a referendum was held to determine whether the UK would stay in, the political establishment and the mainstream press were overwhelmingly in favour of doing so. This is no longer the case, and a British withdrawal is now very much on the cards.

If Britain does pull out, the consequences both for the future of Britain and for the rest of Europe are unpredictable. But it is certain that a British withdrawal would precipitate radical changes to a Continental status quo which – partly because of a poorly designed common currency, and partly for wider social and economic reasons – is already tottering and clearly unsustainable.
Posted by Mark English at 7:10 PM