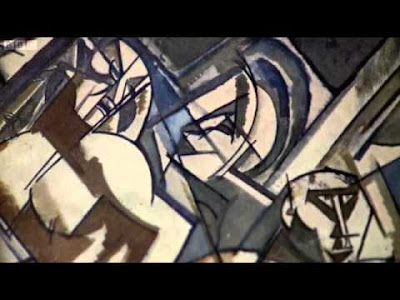 I have previously* made reference to Daniel Kaufman's provocative critique of Western self-improvement fads. His key examples related to Werner Erhard's est program and its successors. Having no direct experience with these movements I can't really comment meaningfully though I've noted that – whilst I personally am averse to these sorts of programs – some of the underlying ideas do look at least interesting and are not obviously misguided.

I am in strong agreement, however, with Kaufman's general remarks about cultural impoverishment.

Cited below are the final two paragraphs of his piece which make a number of telling points. I especially like the bit about "broadcasting the obvious". And the notion of these fads being symptomatic of a "national emptiness or sadness" is also worth taking seriously.

This last point (deriving from a perception of a deep and general malaise; cultural decline, if you like) is hard to put into words that don't sound histrionic or at least very subjective, but that doesn't mean that such judgments have no basis in reality.

"Of course, self improvement, in the ordinary sense, is a part of the human condition, and an inability or unwillingness to change or evolve over the course of our lives is undoubtedly problematic. Marriage and parenthood and middle age have led to my changing and developing in myriad ways, as has my relocation from New York to the Lower Midwest. I’ve had to begin paying more attention to my physical condition; to moderate some of my more reactive tendencies; to let more things go, rather than fight them all out; and to give up who knows how many personal prerogatives that I would have insisted upon, when I was younger, single, and childless, roaming the hedonistic mecca that was 1980’s and 90’s Manhattan. There is nothing special about this – indeed, it is boringly common. It isn’t the result of a program or a project or a plan. It requires no explicit philosophy or discipline. There is no need to meditate or visualize or take special views or whatever the hell the current Self-Improvement crowd would like to suggest is necessary. The result is not “enlightenment,” but growing up and eventually, growing old. This means, alas, that there is nothing to tweet or blog about, no reason to set up a website or to write a book chronicling “the journey”… unless, that is, one wants to broadcast to the world the bloody obvious, and why on earth would anyone want to do that?

"It’s depressing to realize that the American memory is so stunted, so addled, that these fads have to be unmasked every decade or so and the same criticisms made over and over again. EST [the program developed by Werner Erhard] came upon hard times and was repackaged, in subsequent decades, into the “Landmark Forum,” which was even more successful than the original. Guru after guru has been revealed to be a crook, a fraud, or a pervert, but the parade of such characters and their mobs of credulous, adoring fans continues on, unabated. That Americans continue to exhibit an unending thirst for this sort of thing suggests that for all that has changed, we still have not escaped the grip of the malaise that arose in the wake of the 1960’s, the collapse of the counterculture, and the disintegration of America’s families. The retreat into cyberspace is only the latest and most radical manifestation of this national emptiness and sadness, and we can expect that as it deepens, the Cult of the Self will only grow stronger, easily overwhelming the few voices that rise up in opposition to it, and with no obvious end in sight."


* See my Google+ collection Language, Logic, Life. I also maintain the collection The Decline of the West: Observations and reflections (which is more political). You can follow all my Google+ activity via my profile or just follow a particular collection.
Posted by Mark English at 7:46 PM