A critique of neoconservatism 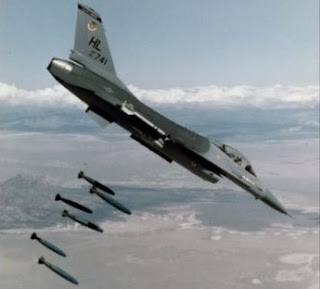 Here is an extract from my latest EA piece, on U.S. military adventurism.

"In many cases it’s hard to separate idealism from self-interest. In the case of a number of campaigning journalists and intellectuals with whom I am familiar (and their loyal readers and viewers) the real motivating factors are, I think, both personal and ideological. They see the institutions that reflect and support their personal value systems as being threatened from within their home countries (by the “deplorables” and their like) and also indirectly, by shifts in the geopolitical balance of power. As countries like China increase their economic and military clout, they will become more respected in cultural terms – and increasingly effective in projecting and promoting their value systems. Such qualities as loyalty and patriotism and competitiveness, for example, may be put above the sorts of concerns that usually come under the heading of “social justice.” The perception that the Western progressive agenda (which has been spectacularly successful in shaping social, cultural, legal and educational structures and institutions in North America and Western Europe in recent decades) is under threat seems like a fair reading of the current situation. But starting a world war to defend it is a thoroughly bad idea.

Making reasonable concessions to the independence and perceived security interests of countries like China, Russia and Iran, all of which have suffered from disastrous foreign interventions and invasions in the past, is obviously the right thing to do in the circumstances. But Western powers will not willingly give up the control of the framework of international relations that they currently exercise. As I see it, neoconservative writers and intellectuals are – knowingly or unknowingly – providing justificatory narratives for war-mongering politicians and ultimately serving nefarious purposes by promoting a distorted view of the world based half-truths and discredited myths.

The mainstream media’s fixation on Russia – the old Cold War arch-enemy – is both puzzling and concerning. Likewise, there seems to be very little questioning of the official line that Saudi Arabia is an ally whereas Iran is an implacable foe and fomenter of terrorism. How is it that such stories can go (relatively) unchallenged when Saudi Arabia’s track record on the terror front is so bad and so well-known?

There are certainly a lot of bad things happening in countries like Russia, China and Iran, but not all social evils warrant foreign military intervention."

[The case of North Korea is touched on in the essay. It is hard to see how this situation is going to resolve itself. The latest noises from China suggest that they will not stand for American-initiated regime change; though they can't have much love for the current leader.]
Posted by Mark English at 7:15 AM