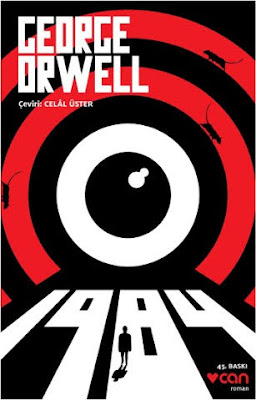 Referencing George Orwell's 1984, Gerald Warner comments on cultural changes in the United Kingdom which mirror similar changes in other Western countries. I agree with the gist of what he is saying but I think it is best said without using the terms 'Marxism' and 'cultural Marxism' in the way that he does – too loosely. As he uses the terms, they are almost semantically empty.

"Political correctness – the euphemism for cultural Marxism – has colonized almost every corner of life in Britain. The social assumptions and public discourse, as well as the legal framework, have become Marxist. Genuine free speech is now an historical memory.

"One can only marvel at the prescient accuracy of George Orwell’s dystopian warnings in “Nineteen Eighty-Four”. Thought crime is today called “hate crime”; Newspeak is the constipated, hideous neologisms of PC language. People have begun to police their own speech; formerly articulate individuals now have a hesitant delivery as they negotiate the pitfalls of an ever-expanding minefield of taboos."