China's rise and the US dollar

In a recent podcast interview Louis-Vincent Gave talked about the impending showdown between China and the United States, suggesting that China has a better than even chance of success in their attempts to combat the hegemony of the US dollar.

At the heart of China’s strategy is the Belt and Road Initiative (see map below) which Gave presents as a straightforwardly imperial project. The Roman Empire was at its core a road-building exercise, the roads being designed to facilitate trade and tie the regions into a mutual dependency relationship with the imperial hub. In the Eurasia region, increasingly at any rate, all roads lead to Beijing.

Gave also mentions the new Shanghai oil futures contract (which is priced in renmimbi but is also tied to gold). After six months of operation it now accounts for 14% of the global market. It is just one of many instances of international trading structures being set up which bypass the US dollar.

The United States has only been able to sustain its increasingly debt-dependent government spending programs because the current US dollar-centric global financial system created an artificial demand for US Treasury securities. Rising yields, even at a time of turmoil in emerging markets, would appear to indicate that demand is waning. Gave admits that he expected yields to fall as safe-haven assets like US Treasurys were sought. He believes that rising US government deficits have spooked investors to the extent that US government debt is no longer seen as the safe-haven asset it once was.

If these trends continue over the medium term, US standards of living will inevitably fall. They have fallen a lot already, putting stresses on the social fabric and on political institutions.

Many senior politicians and bureaucrats are aware that America’s prosperity has been dependent for decades on the privileged status of the US dollar. There is a real risk that they will seek to defend the monetary and financial status quo by military means.

The concerns of the Chinese leaders are slightly different. They know that time is on their side and so would be less likely to initiate military conflict. They are aware, however, that if their domestic economy falters social cohesion is at risk. They know they are in an economic slowdown at the moment but apparently believe that it will be manageable. 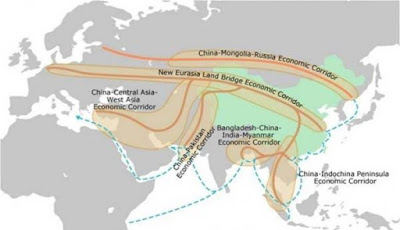