Unless we postulate an all-seeing, all-judging God, there is no one true narrative about any person or sequence of social events we care to specify. For each case, there are countless possible narratives or variations of narratives which could be seen to fit the facts. Much of the variation is value-framework related. Different assumptions regarding moral priorities will produce different interpretations of events, and so different stories.

Personal and ideological narratives are an inevitable part of life, but they should always be seen as highly provisional. Science and reason and common sense can effectively identify false or pathological narratives, those that just don’t fit the facts or which incorporate values which are incompatible with social existence; but science and reason cannot adjudicate on most questions of value. Consequently we are left with a plethora of more or less plausible but incompatible narratives.

The tradition of classical liberal thinking in the West could cope with this, to a point. It was not geared to prescription or thought control, but was focused on providing a space for (a certain amount of) individual privacy and freedom of thought and action via institutional structures which would allow individuals and groups to interact in productive ways.

F.A. Hayek was a significant 20th-century thinker who tried to crystallize these ideas into an explicit ideology. He emphasized such things as spontaneous order and individual freedom, and he had an entirely process-based notion of justice. Many of his ideas I find persuasive. But my suspicion is that it is a precondition for this kind of liberal polity to work that there be a common culture in place (as there was, in fact, in the world Hayek knew).

We are now in a very different world, having lost, or being in the process of rapidly losing, that common culture and the shared narratives which supported it. Indicative of these changes is the fact that political and legal institutions which once seemed more or less adequate are no longer effective and no longer respected.

Conservative thought (and, significantly, Hayek did not see himself as a conservative) has always been wary of ideologically-driven thinking. For the conservative, the context is crucial, and every context is different. Consequently, the only general prescriptions which are seen to have any worth are cautionary rather than positive. For example, conservatives typically emphasize the inevitability of unintended consequences of political actions. Positive prescriptions need to be tailored to the specific circumstances involved, and based on judgment honed by experience.

Such an outlook can easily lead to a certain detachment and political quietism. I don’t know that this is necessarily such a bad thing. Activists do harm as well as good. It’s well to be aware, at least, that powerful cultural, social and economic forces, well beyond the scope of a human brain to grasp or fully understand, are always in play.

Politically the best we can hope to do, as I see it, is to incorporate small aspects of this vast churning process into plausible narratives so that we may understand these aspects of reality in terms of our own personal value systems and so respond in more or less coherent and meaningful ways.

Fact-based testing cannot be applied directly to meta-narratives and political myths except to the extent that such myths make specific historical claims. These specific claims can, of course, be tested.

I learned a lesson early in my blogging career about not allowing a convenient meta-narrative to drive one’s thinking about a particular incident.

A local resident, an Iranian immigrant who had converted to Christianity, disappeared. Her Iranian husband talked to the press about threats she had received from extremists, and it was generally thought (and I went along with this) that she had been abducted and perhaps murdered by these extremists. The story played into a well-known meta-narrative about Muslim apostates being punished by the wider Islamic community. If such an abduction (and killing) had happened in the manner in which it was alleged, it would have been a big international story.

It turned out, however, that the woman’s husband had killed her and buried her body in the back garden. What happened certainly did not reflect well on aspects of Iranian and Muslim culture, but it was basically a sad, tragic, personal story without clear political implications.

One meta-narrative (or set of meta-narratives) with geopolitical implications which is depressingly compatible with many observed facts in today’s world relates to the notion that the political system has been corrupted by a system of patronage based around the military-industrial complex and (elite levels of) the political, intelligence and media establishments. President Dwight D. Eisenhower spelled out the dangers in his farewell address to the American public in 1961, and since that time much evidence has accumulated of endemic corruption at the highest levels of government, much of it associated with the arms trade and other “national security” issues.

Meta-narratives can help to make sense of events. They can also encourage confirmation bias, as inconvenient facts are ignored or twisted to fit preconceived ideas. They also play another role: they facilitate communication between those who share the same general framework, while at the same time preventing effective communication between those whose frameworks are different. My distrust of and lack of respect for all but a few mainstream media outlets sometimes make it difficult for me to communicate with people who trust the sources I reject.

This brings me back to my point about a liberal society being dependent on the existence of common frameworks which cut across social divisions. The spectacular failure of public discourse which we are currently witnessing could be seen to be a direct consequence of the lack of common narratives which transcend class and tribal-political boundaries.

A voice from the past underscores the points I am making. Paul Volcker’s politics are not my politics, but he does not see things in a narrowly ideological way. 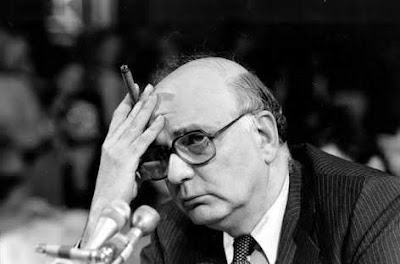 He is a Democrat, and was at one time an economic advisor to President Obama. He is remembered as the Federal Reserve chair who raised interest rates to very high levels to counter high and persistent inflation in the early 1980s.

Volcker is now 91 and very ill, maybe dying. He recently talked to the New York Times. He sees “a hell of a mess in every direction,” including a lack of basic respect for government institutions.

“And it’s really bad. At least the military still has all the respect. But I don’t know, how can you run a democracy when nobody believes in the leadership of the country?”

America is developing into a plutocracy: “There is no force on earth that can stand up effectively, year after year, against the thousands of individuals and hundreds of millions of dollars in the Washington swamp aimed at influencing the legislative and electoral process.”

Here is one meta-narrative at least upon which the left and the principled right can agree.


[This article was first published at The Electric Agora.]
Posted by Mark English at 1:52 AM