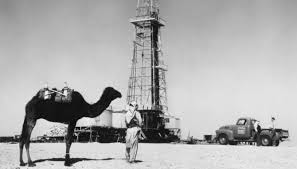 In a letter to a friend I briefly outlined my current investment situation and strategy. It's important, I think, to maintain a steady and realistic perspective on the general situation in financial markets both for practical, investment-related reasons and also for understanding current affairs. Politics, economics and finance are inextricably intertwined.

It helps me to state my general position explicitly from time to time. Obvious facts can be vitally important yet they are often overlooked...

I am in a position where I am forced to bet on how the future pans out in terms of economies, interest rates and currencies. I find myself (for reasons I won’t go into) almost entirely in AUD cash. This is my starting point, for better or for worse. AUD is weak against the US dollar. So I am waiting for something to happen (stock market crash or bond yields spiking or AUD rising against USD or other assets becoming cheaper in AUD terms) so that I can make a move with some confidence that I am not being suckered by a fake market.

Nobody knows when things will blow up. But blow up they must given the absurdly high debt levels and low or negative interest rates which are causing massive malinvestment, destroying savings and pensions and destroying the faith that people once had that price signals and so on could be trusted to reflect actual economic realities.

Many companies are on credit-fueled life support: no prospect of ever turning a profit. That’s in large part why the powers that be have to keep interest rates low. If they rise the non-viable companies go bust. Many corporate bonds become worthless, etc.. And zombie companies are not a small percentage of the total these days. Banks are especially vulnerable.

The same logic applies to individuals and families with big mortgages or other debts. Rising rates will cripple them financially as residential real estate prices fall.

And, of course, governments are heavily indebted too. If rates go up, more of the budget must go to service that debt.

US authorities apparently want to weaken the dollar to stimulate exports etc.. The danger is that at some point the dollar will just suddenly start to lose purchasing power as other means of international payment come on stream.

Confidence in the system is rapidly eroding. There is a growing general realization that the current monetary and financial system is failing but it is impossible to know what exactly is going to replace it. Or when.

US policy on the Middle East (and the Far East) is driven mainly by economic and financial factors – and always has been. (Oil. The dollar.) As the petrodollar system breaks down, there are clearly increased risks of conflict between major powers.
Posted by Mark English at 1:10 AM