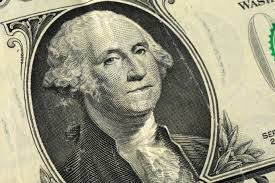 An American friend, who shares my views on global politics, diplomacy and foreign policy but not on economics or fiscal and monetary policy, recently wrote:

“I agree that the US is in decline. In theory I believe it can come back, but it is getting harder all the time (and the recovery process more painful). If Trump or Biden are elected this year I will give up on the US as it will not recover to a meaningful degree (if at all) in my lifetime.”

Here is the substance of my response…

Whoever wins the election, the country will remain divided. To an outsider, at any rate, the national symbols and myths no longer seem to be working to create the sense of cohesion which they once provided. America is not the nation it once was. I wonder if it is still a nation at all. (It remains a very powerful state, of course.)

In terms of comparative economic and military might and the diplomatic leverage associated with this, the decline is (I think) irreversible. This may not be such a bad thing, given the increasingly destructive nature of US foreign interventions.

The projection of US power has, at least since World War 2, been closely associated with, and facilitated by, the global role of the US dollar in trade and its status as a reserve currency. But the current US-based system is breaking down. This has implications for all countries, but especially for the US.

The Federal Reserve responded to the 2008 financial crisis by lowering interest rates and pumping hundreds of billions of dollars into the system. This was supposed to be a short-term emergency operation. But the expansionary policies continued. A precarious economy increasingly dependent on government spending and a financial system increasingly dependent on cheap credit led the Federal Reserve (and other central banks) to suppress interest rates by any means possible, including by injecting money directly into the financial system through the purchase of securities from commercial banks and other financial institutions (i.e. quantitative easing). Such policies have facilitated and encouraged further borrowing and malinvestment on an unprecedented scale. The problems are now systemic.

Price signals, which are key drivers of any functioning market, have become so distorted that they can no longer be trusted. Fixed-interest securities, shares and many other financial instruments appear to be massively overvalued. Government and central bank interventions are largely to blame for this but other factors – such as the rise of index funds and other forms of passive investing – have contributed to the problem.

I see it as extremely significant that attempts made in recent years by the Federal Reserve gradually to raise interest rates towards more normal levels and to wind back quantitative easing have failed. In both cases, the Fed has reversed course.

In the event of another financial crisis occurring, what would happen? Interest rates are extremely low and central bank options are limited. Defaults and/or falling equity prices would destroy large amounts of paper wealth. In the short term, this could lead to a period of dollar strength but – if the actions of the Federal Reserve in recent times are any guide – the money-printing would be stepped up. This could easily lead to serious inflation and an undermining of international confidence in the dollar. Of course, no one can predict exactly how (or when) the endgame will play out but there is little doubt that the US dollar’s days as world reserve currency are numbered.

Before confidence – and properly-functioning markets – can be restored, bad debts need to be recognized as such and written off. Zombie banks and zombie companies must be exposed and either allowed to fail or taken over. But, because of the extent of the problems, the system itself – the entire post-Bretton Woods, USD-based system – is now irredeemably compromised. There is no easy way out.

Though it may appear otherwise, my basic sentiments are not – and never have been – anti-American. I am not a US citizen but I love and value many features of 20th-century American culture. Many of these features are exemplified and live on in individual Americans even if they are no longer reflected in contemporary social structures and institutions.

The old ways are dying, the old institutions are gone or changed beyond recognition. Even so, I hold to a hope similar to one I have expressed regarding older European and British traditions: namely, that what is good in what has been lost will eventually be rediscovered and find new (and perhaps more enduring) forms of expression.
Posted by Mark English at 1:05 AM 3 comments: