[This is an extract from my latest post at The Electric Agora.] 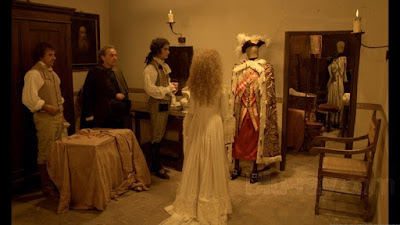 Ethics or morality is not private in the sense that it is social and mainly about how we treat one another as human beings; but, in another sense, it is private. It is private in the sense that it is not just about the way we act and treat others; it is also about the way we see others and ourselves. (‘Opaque’ might be a better word than ‘private’ here.)

Moreover, I would suggest that, on the whole, the reputational side of things is taken too seriously. Simply put, reputations – which are by definition public and subject to rhetorical interventions, both positive and negative – typically bear little relationship to the (private, or opaque as I am calling it) reality of the person in question. And I believe that reputation as it pertains to the moral qualities of a person is something that we can – and should – remain agnostic about, under normal circumstances at least.

Of course, we can judge the actions and statements of others against our own value systems and/or against a legal framework. In fact, we need to do this. Anarchism is not a realistic option. But we need to be clear about what it is we are doing here, what it is we are judging. And what it is that we are not doing, not judging.

Even in its more mundane applications (relating to accomplishment, expertise or practical reliability, say) we often get things wrong when it comes to a person’s reputed qualities. The implication of the common idiom, “So-and-so has a well-deserved reputation for …”, is that reputations are often (usually?) not well-deserved.

Given the above points, it seems to me that there has been far too much emphasis on moral reputation in recent times, both on the positive side (in respect of certain historical figures, but also some contemporary figures) and – especially – on the negative side. Given the infinite possibilities for spin and communicational distraction and deception, this obsession is arguably having a serious adverse effect on our politics.

Monarchical systems of government were effective for long periods of history. Maybe they got certain things right that we get wrong. The monarch was not in the position he or she was in on account of his or her virtue or accomplishment but rather by an accident of birth. There were some advantages to this state of affairs which could be seen to have contributed to political stability, social harmony and continuity. “The King is dead. Long live the King!”

There is a moving scene in the film La Nuit de Varennes in which the ceremonial cape of the fleeing Louis XVI is displayed and the woman responsible for looking after it talks about having once watched the king address a large crowd. It was not the man that she saw in the distance but the red cape. In other words, it is not the person of the king but the role and the symbols of kingship which really count and which constitute the true focus one’s loyalty.
Posted by Mark English at 2:48 AM