[This is my latest Electric Agora essay.] 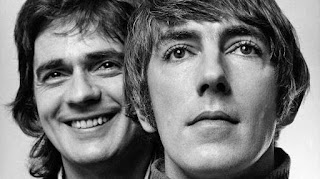 Blaise Pascal saw our need for entertainment and distraction as arising from the very essence of the human condition and dark fears regarding our place in an apparently hostile and infinite universe. He himself was terrified by the silence between the stars.
One does not have to follow Pascal all the way, however, to see something a bit odd about comedy as an institution. Wit and humor help to make life more tolerable, but the institutionalization and professionalization of comedic entertainment can be seen as a depressing reminder of our need for such diversion and — by extension — of our ultimately dire situation.
What’s more, the funniest things – for me at least – happen and are said, wittingly and unwittingly, in the course of ordinary life. There is nothing to compare with a witty, off-the-cuff comment, created on the fly; or even spoonerisms or malapropisms. Such remarks may not bear scrutiny but humor or funniness should not (in my opinion) be required to bear scrutiny. Consequently I feel sorry for professional comics. They are scrutinized. They are under constant pressure. No wonder their lives are often short, and their biographies painfully depressing.
In the midst of a recent bout of Pascalian gloom, I started looking at some old comedy videos, amongst them Peter Cook and Dudley Moore’s dialogues. These old tapes are very uneven, but they have their moments. And they are certainly interesting as historical documents. They got me thinking about the way comedy is so often focused on sex and how it reflects the social attitudes of the time. One sketch in particular resonated. It dealt with the excruciating awkwardness which often accompanied ‘facts of life’ sessions between parents and their children, but it also brought some darker aspects of my family history to mind.
It goes without saying that the humor of a particular period or culture reveals much about that culture or period: it derives from – and exploits – a particular set of social assumptions, beliefs and attitudes.  During their undergraduate years, both Cook and Moore were involved in extracurricular theatrical activities, Cook with the Footlights club in Cambridge and Moore with the Oxford Revue. This was in the late 1950’s, so the world that formed them is very distant from our own.
In conjunction with Alan Bennett and Jonathan Miller, they subsequently developed a satirical stage show, Beyond the Fringe. In this and other work, they were consciously pushing the boundaries and, though not political in a partisan sense, they were definitely anti-establishment. Their humor – much of which was social satire – drew heavily on the peculiarities of the English class system of the time and to a large extent was a reaction against it.
Peter Cook and Dudley Moore developed sketches for television in the mid-1960’s. Their Pete and Dud sketches (the so-called ‘Dagenham dialogues’) poke fun at working class and lower-middle-class tastes and habits, like hanging prints of famous paintings in bathrooms. The Laughing Cavalier was bad enough, but Pete’s Auntie Muriel had something worse: the Mona Lisa, “with that awful sniffy look about her, so superior, peering down at you, she looks as if she’d never been to the lav in her life.” (1)
The sketch in question is set in an art gallery. There are speculations about certain strange elements of the Renaissance world such as floating gauze and cherubs and also about changing styles of humor. There is a reference to the Burlington House Cartoon by Leonardo da Vinci (a cartoon in this context being a full-size study for a painting). Pete “couldn’t see the bloody joke.” (2)
Though they were seen at the time as doing something entirely new, Peter Cook and Dudley Moore were clearly the inheritors of a long tradition of class- and repression-based British humor. The material about the paintings in bathrooms and the ‘cartoon’ joke both involve making fun of lower-class habits or ignorance and so are hardly cutting edge, but in general the thrust of their humor was anarchic and their targets diverse. This general style of satire became very influential and played a role in undermining the class system and the Puritanism that often went with it. (3) It was nonetheless dependent on that system.
And perhaps this was why Cook – the more intellectually creative of the two – found that he had nowhere to go and gradually just petered out. The social system which formed him and which he mercilessly satirized had slowly disappeared, and – professionally, at least – he lost direction. Moreover, the early dialogues – which by all accounts had seemed daring at the time – exhibit a kind of prurience which now seems very dated (like some of the talk about the wisps of gauze which had a strange propensity for landing on naked women’s private parts).
Another example of Cook and Moore’s work is the father and son sketch in which Cook plays an unworldly upper-class father attempting to explain the facts of life to his 17-year-old son. (4) Mixed in with the innocence and obfuscation are references to rumors about “dirty Uncle Bertie” (who is the boy’s mother’s lover and presumably also his biological father). Despite the silliness, this aspect of the sketch highlights something real: strict notions of respectability and the strenuous avoidance of talk about sexual matters in polite company inevitably led to weird cover-ups and secrecy, even within families.
The most common such cover-ups are related to children born out of wedlock, of course, and there are heart-rending cases on both sides of my family.  One relates to my paternal grandmother and her mother. My aunt regretted blocking attempts by her grandmother Cordelia to reach out to her when she was a child. Cordelia belonged to a different religious denomination, and my aunt considered her “stuck up.” Only much later did she find out about the real circumstances of her mother’s birth and her grandmother’s traumatic youth.

Cordelia Lester, working as a domestic servant, became pregnant and made her way to a charity hospital. She was quite ill and stayed at the hospital for some months after the birth of her daughter Caroline (my grandmother). The hospital records give the name of the father of her child. He was employed as a groom at the house at which she had been working. But, even within our family, all of this was covered up and Caroline was thought to be the daughter of the man Cordelia subsequently married.

The curious thing is, the boy’s family secretly watched over Cordelia and her daughter Caroline. Even long after Cordelia’s death – and in a city thousands of miles from where the story began – there were still secret contacts and communications (possibly involving financial help) between his family and Caroline. My aunt remembers odd meetings and letters, but they were never explained or discussed. And, at Caroline’s funeral, my aunt was approached by – and unfortunately rebuffed – a stranger claiming to be related to her and her mother.

But that father and son sketch – specifically the references to dirty Uncle Bertie – brought some stranger aspects of my family history to mind. They relate to my mother’s first cousin, Carl. Since the individuals involved are long dead, there seems to be no reason not to tell the story.
My mother told me about her father’s death. He was a saintly man who died quite young of Banti’s syndrome. He was ill for many months and was nursed and died at home. My mother – who was his favorite child and spent a lot of time with him during this period – was about ten years old. It’s a long and terrible story which I won’t tell here, except for one detail.

Apparently my grandmother (who was not particularly close to her husband) was very distraught during the time leading up to her husband’s death. There was something she felt she had to say to him but she kept putting it off, and he died. Normally cool and unemotional, she became extremely distressed, but apparently from guilt rather than from grief.

This episode may or may not be connected with a long-term sexual relationship my maternal grandmother had with her nephew Carl which was covered up for many years. I only found out about it during my last visit (not long before her death) to my mother’s older sister who blithely informed me that my grandmother and Carl had been, as she put it, “an item”. Even my mother didn’t know about it.

I had always thought that Carl was a bit strange. He was living at my grandmother’s house when we came to stay for a couple of months when I was seven years old. Carl played the violin and used to drive us around in his car. I still remember its slightly musty smell and its cavernous, dark interior. We (certainly we children) were all completely unaware of any romantic or sexual relationship between Carl and his aunt Lily. But I sensed a kind of weirdness and unpleasantness about the man, and apparently I asked my mother at the time, quite seriously, if Carl was from another planet.
Nobody would want to return to the classed-based, respectability-obsessed world which Peter Cook and Dudley Moore and others with whom they were associated were reacting against. It was a world of secrecy, hypocrisy and bigotry.
And though the hopes of those who thought that the demise of the old order would usher in a brave, new, enlightened and harmonious world have not been fulfilled, at least the secrecy is gone.
NOTES
Posted by Mark English at 10:08 AM