The most unhappy country in history 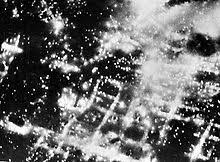 You know how it is. You are tempted to submit another comment in a comment thread discussion but then think better of it. Because you don't want to monopolize the discussion, appear too negative or just because "less is more."

Take this brief extract from a piece by E. John Winner which appeared recently at the Electric Agora:

"And it has been my experience, although widely denied, that Americans, despite wealth and power, remain the most unhappy people in history.  Others suffer greater physical suffering, of course, but none experience angst, dissatisfaction, frustration, hopelessness, depression, disappointment, more deeply than we..."

There is, at least from an outsider's perspective, something darkly comical about these claims. It's not just that they are hyperbolic. It's more that they come across as yet another manifestation (albeit rather strange and perverse) of American exceptionalism. We are not only the most unhappy people in the world, we are the most unhappy people in the entire history of the planet. We suffer angst, dissatisfaction, frustration etc. more deeply than foreigners can even imagine!

There is something to this however, and it relates to imperial decline. The wealth and power is slipping away, just as it did for the British who faced a series of debacles (including Suez) and eventually the humiliation of an IMF bailout. This process is very painful for those who grew up believing that the status quo would continue indefinitely. I understand that.

I was going to make a moral point here, referring to foreign victims of American violence and suggesting that some kind of karma or communal guilt might have been in play also. But this would have been disingenuous. I don't believe in karma; nor, really, in communal guilt. Besides, it would have been a cheap shot. Bad things happened; and pointing the finger at one group or nation necessarily lets other groups or nations off the hook.