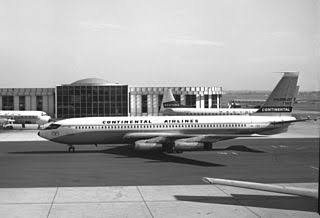 I am in the process of reorienting my life. Over the years I have been caught up, as everybody is, in various projects, commitments, entanglements and responsibilities (or perceived responsibilities). Some of these commitments limited my opportunities for extensive travel, or at least the sort of travel I desired.

In recent years I wanted to ensure that I would be able to visit my ailing mother on a regular basis. She was in a nursing home in Melbourne. So I leased a place fairly close by, a small ninth-floor apartment in Melbourne’s old Chinatown district.

Unfortunately, due to draconian COVID-driven bans on visiting, I was not allowed to see my mother for months on end or liaise in the normal way with nursing staff during 2021. In previous years she had fared pretty well, fighting off occasional acute illnesses and defying predictions by physicians and nurses of her imminent demise. But last year a pressure sore got out of hand and became infected and she went into serious decline. She died in January.

My apartment lease expires in early August and my intention at the moment is not to renew it. I have not decided on where I will be based. The plan, for the moment, is just to travel. Initially to Singapore, and then further afield. This itinerant lifestyle could continue for quite some time if my health and finances allow.

My intention is not to be moving constantly but rather to stay for extended periods (months) at most destinations. I will probably continue to post material online. But how my lifestyle changes will affect the extent, nature or focus of this activity is uncertain.

Naturally there would now be some scope for doing anecdotal travel-related pieces, impressions of various places and so on. But to what end? Before the restrictions of the last couple of years, most people I know traveled widely and on a regular basis. I didn’t. I am the least-frequent flyer I know.

I am aware that the old fogey, Rip Van Winkle angle could easily become tedious, so I'll need to put strict limits on my conversational and other references to four-engined turboprops, Boeing 707s and descriptions of how places have changed. (When I last visited Athens, for example, the Third Hellenic Republic was in its initial stages and the time of the generals was still fresh in everybody’s memory. But, as I say, this is not really a line I want to pursue.)

On places, one has impressions, one makes judgments. But is there any need to talk publicly about them? Opinions and impressions are a dime a dozen; and reportage makes sense if you are being paid for it or if you are pushing some narrative or other which you deem to be important, but not otherwise as far as I can see.

There is always the option of getting involved in scholarly work again or in serious writing – possibly on political themes or international relations, possibly on more theoretical topics. It all depends on various factors (whom I meet, where I am based, how my interests develop, geopolitical developments, etc.).

Whatever happens, my preoccupation with culture and value will continue, and exposing myself to different cultures (to the extent that urban cultures have not converged into a boring sameness) will at the very least constitute a kind of experiment in compatibility.

There are still things to do here (sorting papers, legal matters, getting a new passport, etc.). I hope that it will all go smoothly and that my transition to a new way of life occurs without my having to face any further personal stresses or challenges.

Looking to the broader context, it goes without saying that social, political and economic stresses will continue and probably become more intense. To what extent I will be trying to chronicle or wanting to comment on these things in the future I do not know.

Nor have I decided what communication platforms to rely on during my travels. I may even decide, given the state of the world and the direction in which things are moving, that I want to follow the example of many of my literary and intellectual heroes and hunker down somewhere far from the madding crowd.

While I am in traveling mode, however, I would be very open to meeting – for a coffee, say – anyone who may have come across my blog posts or essays over the years, as well as those internet friends with whom I have maintained more direct contact.

[This is an abridged and modified version of an essay which appeared recently at The Electric Agora.]