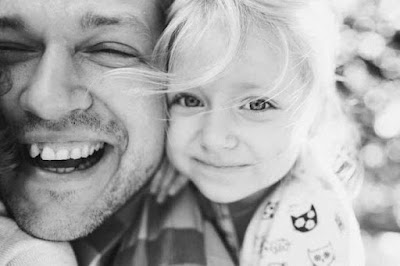 There is much to be said for seeing life primarily in local terms, for seeing one’s personal situation as dictating to a large extent one’s actual duties and responsibilities, and for resisting temptations to moralize, pontificate or parade one’s opinions in the public sphere. Sadly, the current digital media environment works against such reticence and self-restraint, exacerbating the drift away from real connections and real communities.

The “uncoupling of shared content from physical proximity and ongoing relations” was recently a topic of discussion at The Electric Agora. One participant lamented the current situation, seeing “the constant deluge of information about far-off goings on” as the root cause of the problem.

Apart from the occasional message from family, it’s not natural for people to be concerned about what’s going on more than a few day’s ride or walk away. It makes diffuse the collective ethics of cooperation, and lends itself to costless performative virtue. Easier for a New Yorker to wave a sign on behalf of a Uyghur than knock on doors for the would-be county mayor, or boycott Israel instead of putting a stone through a scab’s windshield. Solidarity and hope are reduced to self-parody.

I'm not sure I see any form of solidarity or hope worth having in picket lines – but let that pass.

We need to rebuild [heal?] social division geographically. People are best at improving things close by, and knowing what needs improving. Unfettered individualism and social division are symptoms of the sickness. Humanity writ large is not a society, let alone a community. Put your neighborhood, family, and city first, and maybe you’ll feel like part of something bigger. The welfare of your locale is part of the world’s welfare, and the part you can do the most about.

Self improvement comes into it too.

You’re part of the community. Improve yourself, and you improve the community. Prowess, beauty, and fitness are all good. A personable friend to shoot hoops with, a scoutmaster teaching kids to camp, or a schoolgirl putting her all into clarinet chasing that scholarship do far more for a neighborhood than a conscientious news-junkie or devout activist for the identitarian cause of the day.

We need to go back, but most won’t. Streaming videos, internet news, and cell phones are popular for a reason. Distraction has its place, but it’s not a legitimate way of life. The EA crowd has a lot of this going on. Buying 20 Malaria nets for strangers a continent away is less virtuous than playing catch with your kids or baking a pie with grandma, and – no matter how they pretend otherwise – they know it too.

I quote these passages in full because they are vividly expressed and because there is significant overlap with my own views. These sorts of topics are never clearcut, however, and caveats and reservations necessarily apply.

One caveat relates to the fact that there are circumstances in which long-distance concerns demand attention: foreign policy questions, for example.

Quite obviously, the interventionist policies currently being pursued by the U.S. and its closest allies sit uneasily with the principles outlined above, and some kind of regionalism or system of geographically-based spheres of influence would be a better fit.

No set of principles is sacrosanct, however, and it may be – I don’t think they can, but it may be – that current policies can be defended or justified on other grounds. I can see that proximity counts for less and less in purely military terms – in terms of weapons technology, for example – just as it does in terms of general communication. But, of course, any strategic analysis needs to be contextualized and supplemented with a wide range of data and information (including cultural information) if it is to be useful in the real world and effective in the long term.

Some believe that only continued American global dominance can save us and deliver a more just, peaceful and prosperous world but I see dangers in the unipolar model and in the very notion of a global elite, however it is constituted and however sensitive this supposed elite might be to the nuances of cultural variation.